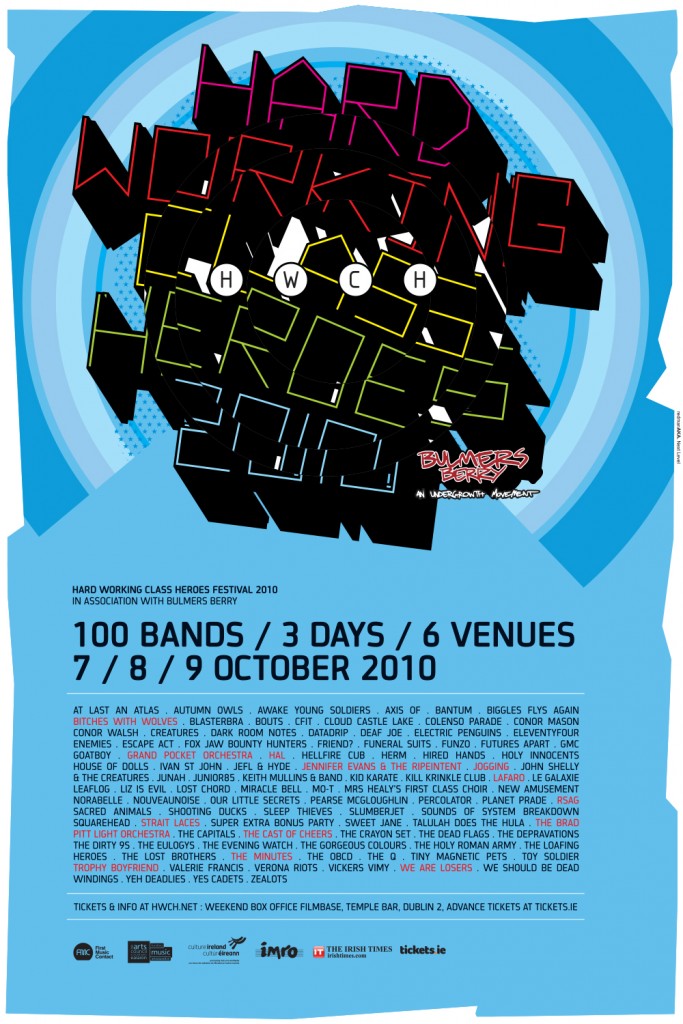 Alexis Vokos / Delphi / MMF Ireland Alison Curtis / Todayfm Barry O Donoghue / Sony Music Ben Leahy / Playrite Music Cameron Wright / Canadian Music Week Cathal Funge / Phantom Cillian Stewart / Castlepalooza David Summers / BSM Dylan Haskins / Exchange Dublin Feidhlim Byrne / Neilson Music Control Gill Mills / Myspace radio Harry Martin / Domino Ian Wilson / 2FM Jack Pop / Alcopop Records Javier Lopez / Midem Jenny Huston / 2fm Jim Lawless / Management (The Coronas) Jon Mcildowie / MAMA / The Great Escape Kat Morris / The Great escape Keith Johnson / IMRO Kevin Douch / BSM Larry Mills / Pump Audio Laura London / Tedra Marigny Lee / Summerstage Michael Roe / Richter Collective Mumblin Deaf Ro / Artist Niall Byrne / Nialler 9 Nick Robinson / Kobalt Music Pat Riley / Domino Records Paul Barton / Pledge Phil Udell / State.ie Safta Jaffery / Taste Music Sophie Gorman / Irish Independent Toby L / Transgressive Records Una Johnston / SXSW Una Mullally / The Tribune Xavier Guasch / Primavera Sound   HWCH Industry Conference 2010 will challenge & engage anyone with a stake in the future of music, Jim Carroll (OTR / The Irish Times) has summed it up below. Speed sessions & opportunites to meet the industry will take place Friday 8th & Saturday 9th in the Button Factory from 10.30AM to 1PM. Information on the panels are outlined below. More information on all panelists & other industry to follow. HARD WORKING CLASS HEROES INDUSTRY PANELS / 2010 Welcome to the future…   Folks, it’s time to forget the past. Forget those old battles, those ancient debates, those hoary arguments which go round and round and round like the wheels on the 15A bus and, unlike that particular Dublin Bus route, don’t really get you anywhere.That was then, this is now and, at HWCH ‘10, it’s about what comes next.We know record labels are in a shocking state. We know that the live music sector is not all it’s cracked up to be for new acts. We know that everything is not in its right place and that everything you know is wrong.But no-one has taken the ball off the pitch and gone home with it. We’re still here. You’re still here. People are still having the crack making music. People are still clamouring to hear music. People are still seeking out new music, new bands, new names, new sounds. All involved are still excited, engaged, curious, determined, ambitious, enthusiastic.Yes, the future is unplanned and kind of scary and a bit of a blur, but we’re all adults, right? We can do this. At HWCH’10, a number of panels will provide some rough sketches as to how it might all pan out. They might be right, they might be wrong, but they will be looking forward.Like we said, welcome to the future. Jetpacks welcome. Jim Carroll / On The Record     FUNDING Friday 8th October / Button Factory / 2pm   The pitch: Once upon a time, in a land far, far away, a band would sign a colossal major label record deal, release five records, marry supermodels, sell out Croke Park, fight a cocaine addition, divorce the supermodels, sue their accountant and live happily ever after.In 2010, though, any new band dreaming that dream needs a bit of a reality check. While most of the above may still apply, it sure doesn’t always begin with a major record deal.   Instead of relying on label deals, canny acts and music-makers have to look elsewhere for the cash it takes to keep the show on the road. Our funding panel dig deep to see where the cash for tomorrow’s acts is going to come from and how you can get a slice of the action.     Speakers: Toby L (Transgressive Records) Paul Barton (Pledge) Safta Jeffery (Taste Music) Kat Morris (The Great Escape)     FANS, Friday 8th October / Button Factory / 3.30pm   The pitch: Meet your new best pals. No, they are not the bane of your life. No, they are not stalkers. No, they are not fickle fair-weather friends (that would be the bloggers who think they’re writing for the NME).In Music Industry 6.0, adding fans to your cause is the second most important marketing activity of all. The most important activity? That’s keeping them on side. And yes, this involves Twitter, Facebook, Breaking Tunes, MySpace and whatever other social media networking site is currently on-trend.   Our panel look at the who, why, how, where and when of making fans and influencing people.     Speakers: Laura Seach (Tedra) Pat Riley (Domino Records, US) Gill Mills (MySpace Radio) Jim Lawless (The Coronas)     FAME Saturday 9th October / The Button Factory / 2pm   The pitch: Playing the fame game in 2010 provokes a lot of questions. Is word of mouth better than getting your tune played on the radio? Where do those music blogs firing out MP3s actually rate on people’s radars? Where do live music promoters go to filter new acts? Does anyone read album reviews any more? Scratch that, does anyone buy records based on reviews? Is becoming famous really this difficult? Is becoming famous even worth it? Hell, am I more likely to become famous for a smart-ass tweet involving a cat, a hamburger and Justin Bieber?Our panelists may provide some of the answers as they chew the cud about how a band can go from zeros to heroes using old media, new media and assorted forms of media which have yet to be invented.   Speakers: Marigny Lee (Summerstage, New York) Sophie Gorman (Irish Independent – Day & Night editor) Dylan Haskins (The Exchange) Michael Roe (Richter Collective)     FUTUREGAZING Saturday 9th October / Button Factory / 3.30pm   The pitch:   In conjunction with the On The Record blog in The Irish Times, we’ve invited a number of interested parties to come along and talk about what they think the music business will look like in 2020. As simple and straightforward as that. Futuregazing on a Saturday afternoon. Bring your own crystal ball.   Speakers: Mumblin’ Deaf Ro (Artist) Trevor O’ Shea (Bodytonic) Ian Wilson (2fm) Xavier Guasch (Primavera Sound)